7 NFL Player Homes You Have to See to Believe

When you’re an NFL player worth millions of dollars, there’s almost no limit to what kind of home you can own. From lavish architecture to serene infinity pools, these athletes have chosen to live in upscale, ultra-luxurious homes.

In anticipation of the return of the NFL, here’s a look inside some of the most expensive and beautiful homes of some of the best NFL players.

Are you ready for some football (players' houses)?! 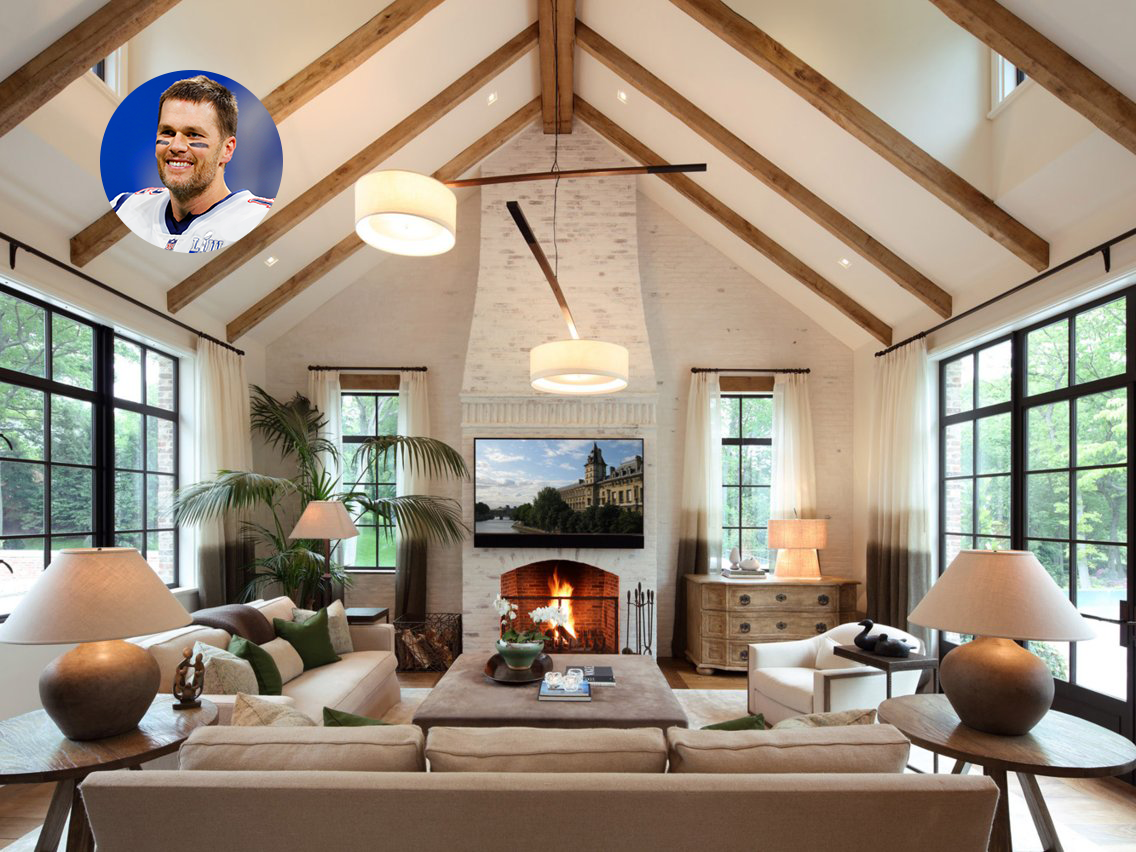 If you’ve been looking for a sprawling estate in Brookline, Massachusetts, Tom Brady’s home just went up for sale for a cool $40M. Custom-built in 2015, the nearly 10,000-square-foot home boasts a spa and massage room, top-of-the-line gym, and wine room. If all those amenities aren't enough, friends and family can also choose to stay on the property’s barn-like 2,400-square-foot guest house. The beautifully landscaped grounds include an organic garden. Plus, for a different outdoor experience, the property backs up to the golf course of the Brookline Country Club.

Brady has been spotted looking at properties in Connecticut and New Jersey, though he won’t be without a place to stay if he can’t decide on a new home when his mansion sells. He owns homes in New York City, Montana, and Costa Rica. 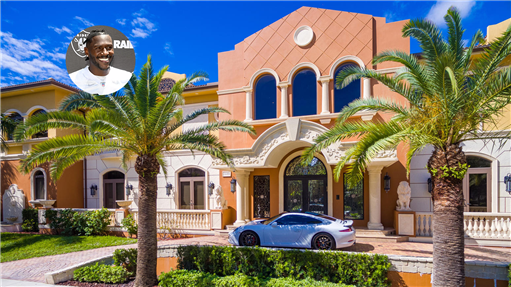 Antonio Brown’s home in Fort Lauderdale, Florida has plenty of space to spare. The 18,000-square-foot mansion has 12 bedrooms and 14 bathrooms. Brown paid $6.6M for this home, which according to the Sun-Sentinel, was $900K under asking price. Though it doesn’t have waterfront views, the property maximizes its outdoor space with a huge saltwater pool, a custom kitchen, and a wet bar.

Fun fact: Antonio owns not one, but two homes in his hometown of Miami, FL. 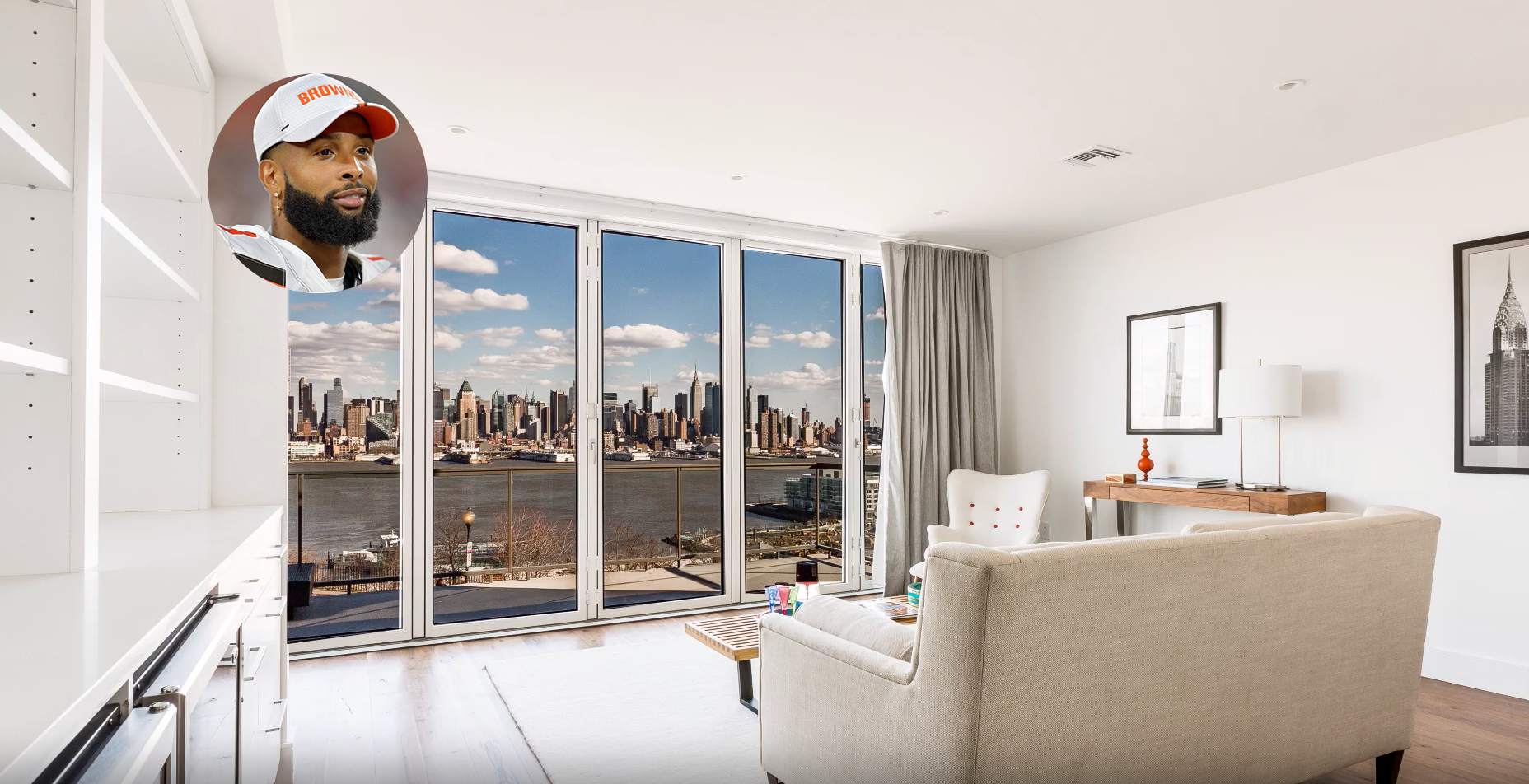 Although Odell is currently searching for a new residence in Cleveland, Ohio, we thought we'd show off his beautiful three-story home that he left in New York. Odell’s Hudson County home featured 3,529 square feet of living space spread across three levels. Each level features windows with views of Manhattan and large private terraces. One of our favorite features of the home is the chef’s kitchen, complete with Caesarstone quartz countertops, floor-to-ceiling custom cabinetry, and Sub-Zero professional-grade stainless steel appliances.

Fun fact: OBJ set up a man cave in the cellar complete with an infamously cozy couch named the "undefeated." 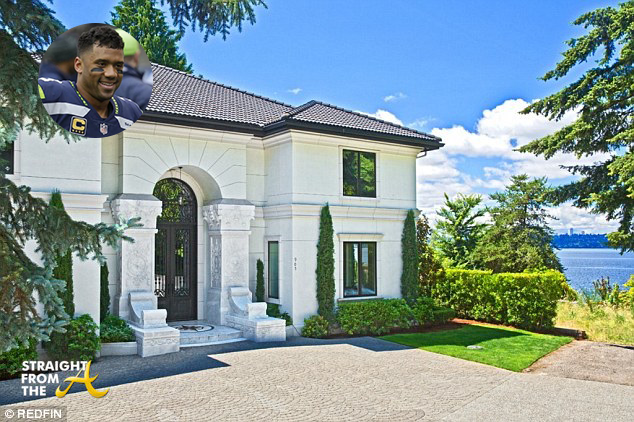 When the Seattle Seahawks quarterback bought a Mediterranean-style home in Bellevue in 2015, his neighbors gave him a warm welcome by flying the famed “12th Man” flag (in honor of the Seahawks' passionate fans). If Wilson wanted to extend the welcome with a housewarming party, his home is uniquely designed for entertaining - which should be no surprise, considering his wife is popular singer-songwriter Ciara. There’s a media room, a game area designed for poker, a 2,000-bottle wine cellar, and panoramic views from nearly every room. His house right now is amazing, but we wouldn’t be surprised if he’s on the market for a new one since he is currently the highest-paid player in the NFL. 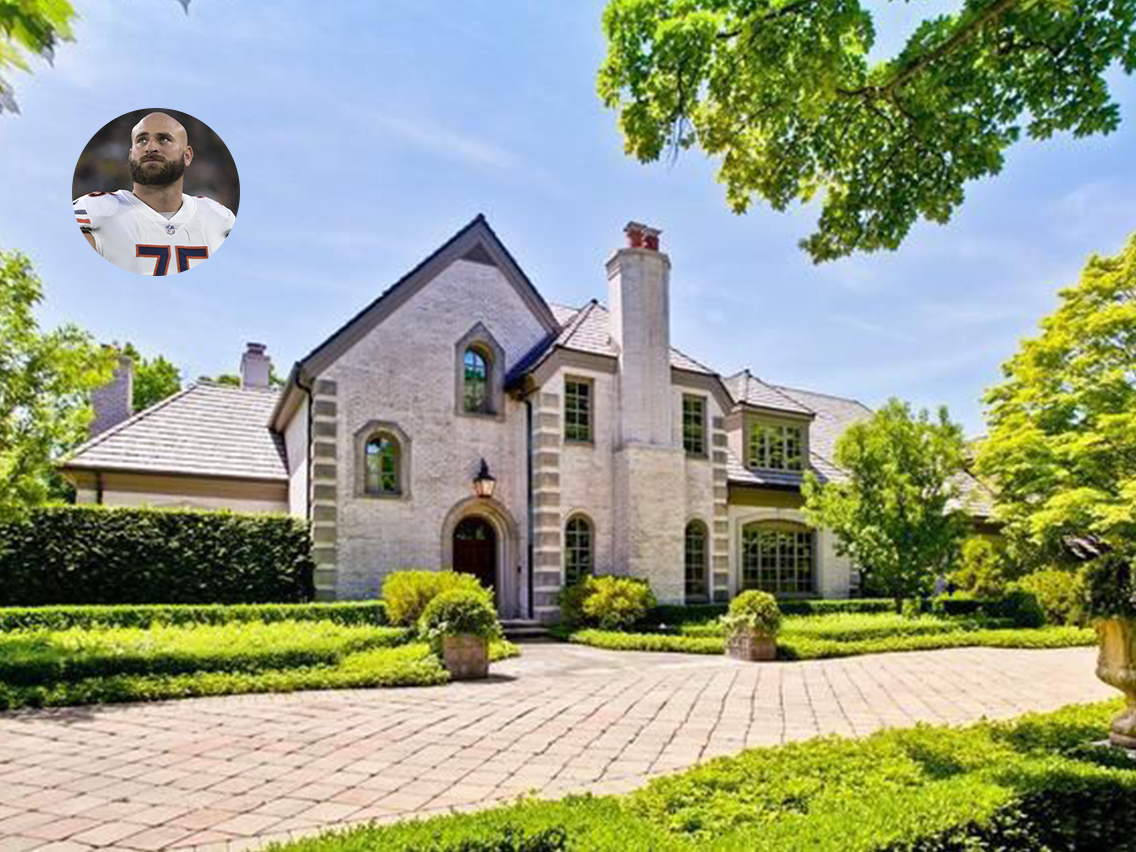 A big promotion often leads to trading up to a bigger home — and that was the case when Chicago Bears guard Kyle Long purchased a stunning 6,238-square-foot mansion. After signing a four-year extension for $40M with the team, he put his 4,000-square-foot home in Lake Forest up for sale in order to upgrade. Not only did he gain space (much needed for this 6'6" 313 lb. right guard!), his new place also includes a luxurious theater room, a huge backyard, and a three-car garage.

Fun fact: Long's home includes a heated driveway to help melt the snow and ice in the winter. 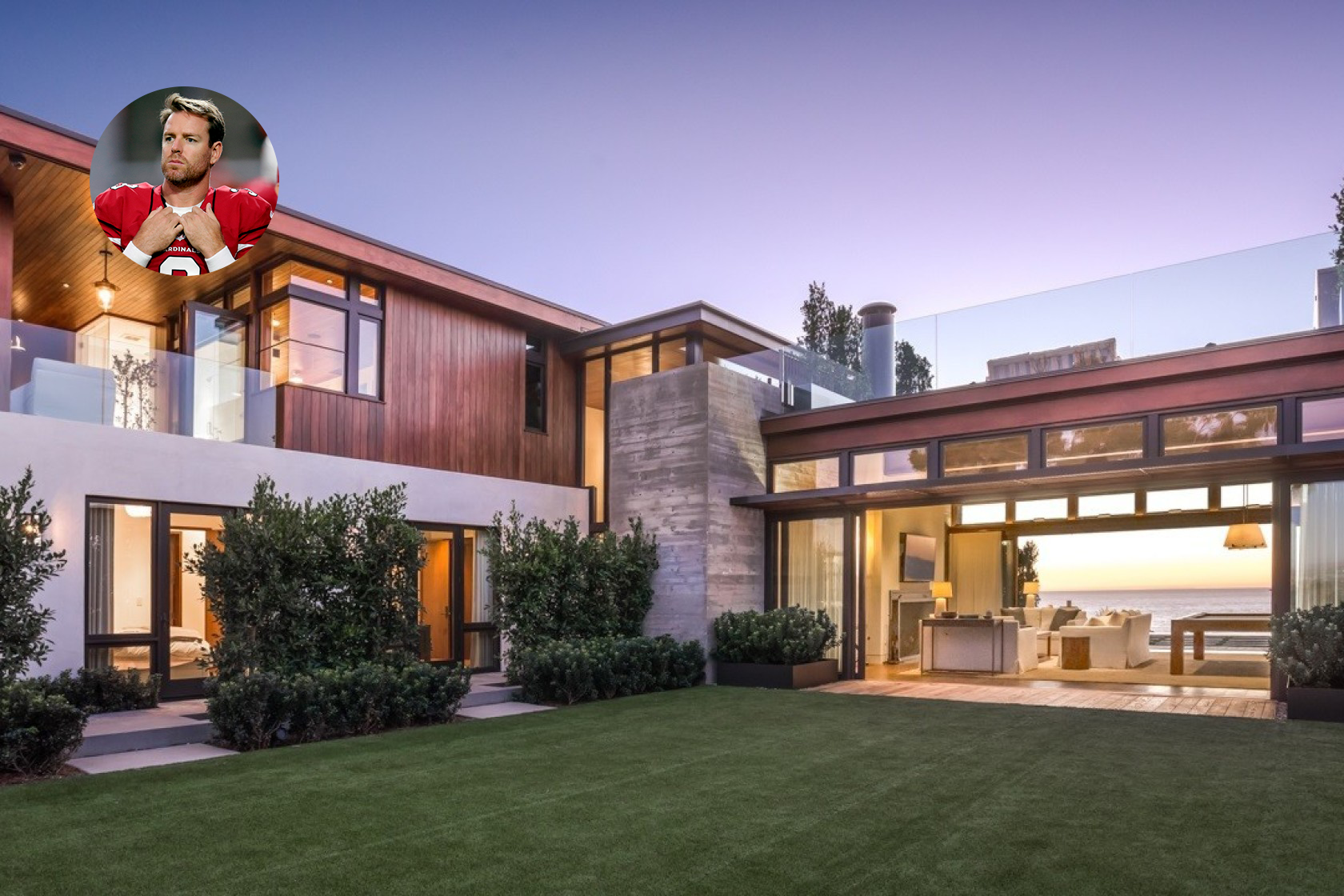 His days throwing touchdowns may be over, but former Cardinals QB Carson Palmer scored quite a deal last year, paying $4.4 million for a home that was originally listed for $25M. The 8,000 square foot property is located in Del Mar and has everything you can imagine, including an infinity pool, bocce ball court, an outdoor living space complete with a big-screen TV and kitchen, as well as a raised jacuzzi overlooking the skyline. 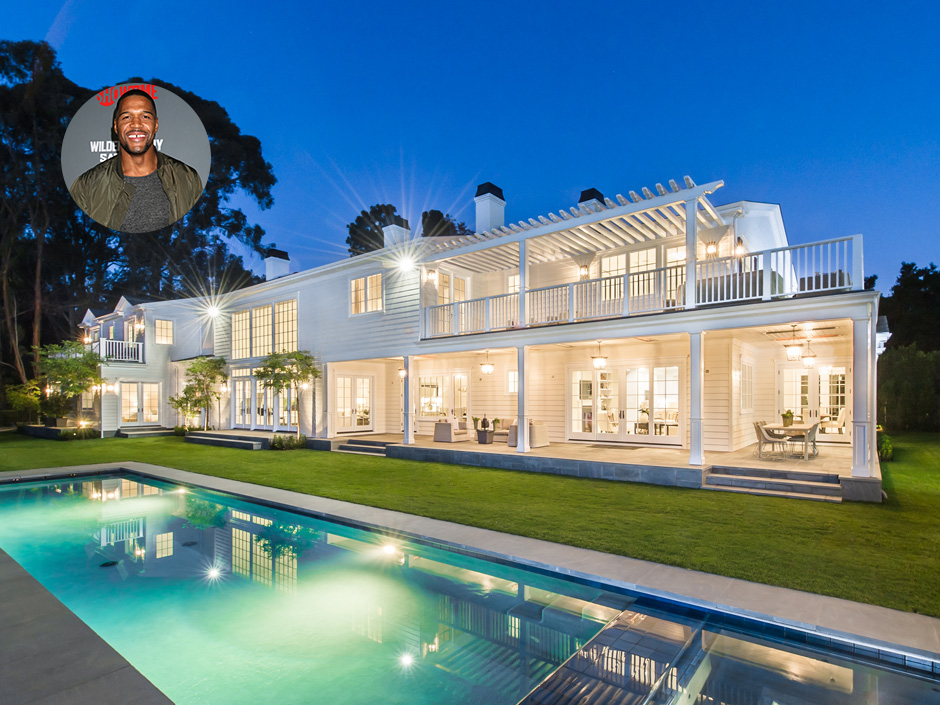 Strahan's beautiful, southern-style property in Los Angeles is 15,000 square feet, with an estimated price of $17M(Business Insider). The house has impressive 20-foot ceilings, nine bedrooms, 14 bathrooms, a chef's kitchen, and a butler's pantry. The lower level has a home theater with leather seats, a popcorn machine, and a 15-foot screen, as well as a billiards room complete with an authentic poker table.

Fun fact: Strahan has a custom, prohibition-style wine cellar on the lower level of his home.

See The Most Expensive Homes in Greensboro

They might not be owned by NFL stars, but they're pretty luxurious! 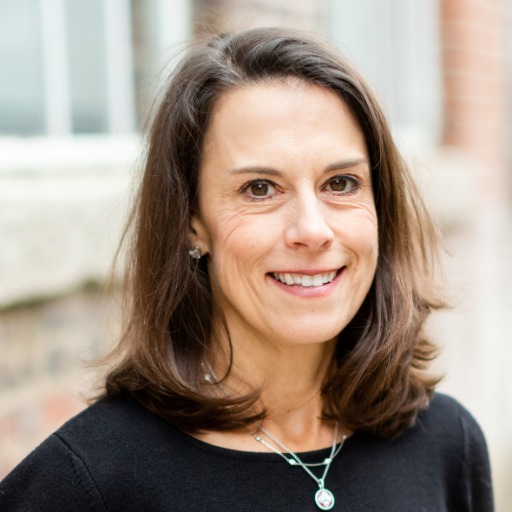 I have been a leader in Greensboro’s real estate market since 1994 and have consistently been a top producer in many segments of the Triad market. As a Greensboro native, I have extensive knowledge....

Your Local Weekend GuideIf you're looking for fun, entertaining and educational things to do in the Greensboro, NC area, you've come to the right place. Our Weekend Guide is packed with a variety of

August 2021 Market Snapshot for the Triad

If you're thinking about selling your home, it's important to have a good understanding of what's going on in the Piedmont Triad real estate market. Knowing the most important data such as the

Stay up to date with the latest trends in the Greensboro, North Carolina Real Estate Market with Top Realtor Michelle Porter. July 2021The White House recently announced additional measures to

Meet Jay & DawnJay and Dawn decided to relocate from the Chicago area to the Triad NC area for a job transfer. They were referred to us by a third party relocation company because of our

By registering, you agree to our terms of use and that real estate professionals and lenders may call/text you about your inquiry, which may involve use of automated means and prerecorded/artificial voices. You don't need to consent as a condition of buying any property, goods or services. Messages/data rates may apply.